Originally occupied by the Peramangk Aboriginal tribal group, the Angaston district and the wider Barossa Valley were fertile, well watered and well stocked with large game like kangaroo and with abundant birdlife.  Today, apart from some rock engravings and paintings in Kaiser Stuhl Conservation Park, there remains little evidence of the Peramangk people, displaced by settlers, ravaged by introduced diseases and by rumoured hostilities with survey parties.

In December 1837, Colonel William Light, the new colony’s Surveyor General, had led the first exploratory expedition into the area looking for a route to the River Murray which could bypass the steep Mt Lofty Ranges. The second expedition in March 1838. by another party described the valley as “fine cattle country”.

In 1839 the South Australian Company Geologist, Johannes Menge, described his future vision for the valley in a letter to George Fife Angas, company Chairman then based in London, of “flourishing vineyards and orchards”. A prophetic vision indeed!

First known by European settlers as German Pass, the Angaston area was surveyed for George Fife Angas by Anthony Forster and James Smith in 1841. Forster described it as a “good place for a small township being on the main road to the Murray and having a good water supply”.

John Howard Angas looked after his father’s South Australian interest until George Fife Angas arrived from England in 1851 and laid out and registered final plans for Angaston in 1857.  The Angas’ were prominent among the many English and Scottish families settling in the Barossa Ranges and southern parts of the valley.

Large pastoral holdings were mostly owned by British settlers. Some diversified into viticulture, winemaking, and grain and fruit growing. Smaller holdings, leased mainly by Germans from G. F. Angas, aimed at self sufficiency. In 1842 Angas Town consisted of just one house and two dug-outs.

When the stone arch bridge was built over the creek at the western end of the village in 1865, a new road opened with better links to the Barossa Valley, the Murray River and Adelaide.  Angaston prospered and by the 1860s there were a number of churches, a Mechanics Institute, two hotels, a police station and court house.  The Angas family financed new public buildings and churches, promoting social and cultural life.  By 1900, the established families of Angas, Evans, Smith, Salter and Sage were enhancing the area’s reputation for agriculture, wine and fruit.

From the 1870s marble quarried at the Angaston Marble Quarries by William and James Sibley was used to great effect in almost all principal buildings. A flour mill was built in 1885 and the railway came in 1911. Trade increased and many substantial buildings date from this period.

Today an historical rural village, Angaston has well preserved old buildings, huge street trees, pastoral vistas, and a delightful shopping area. It is the centre of a rich pastoral district with viticulture, fruit growing, and quarrying playing important roles in the local economy.

The quality brands of Yalumba, Saltram and Angas Park are recognised internationally and remain testament to the vision of founding families. Enjoy your time in Angaston. It is an opportunity to enjoy a village, the heritage and tradition of which are valued and integrated into modern living.

(Source: “The Barossa – A vision realized”) 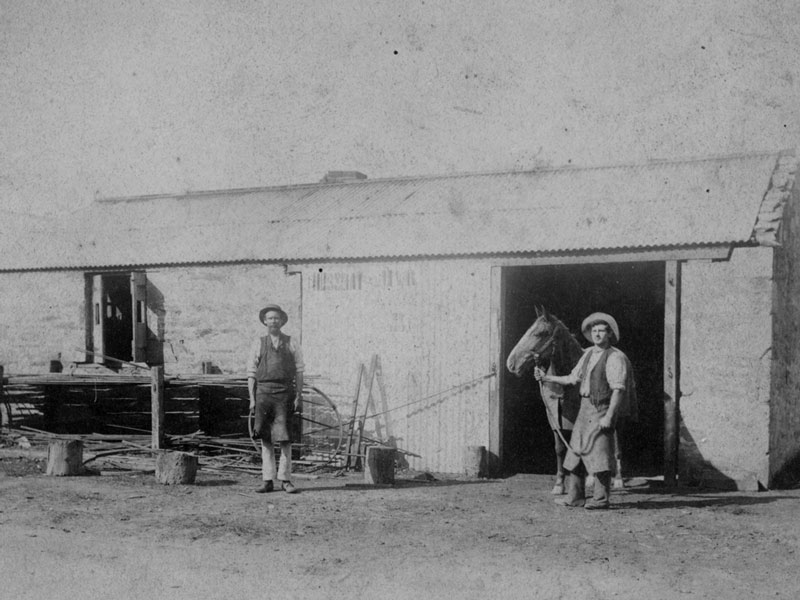 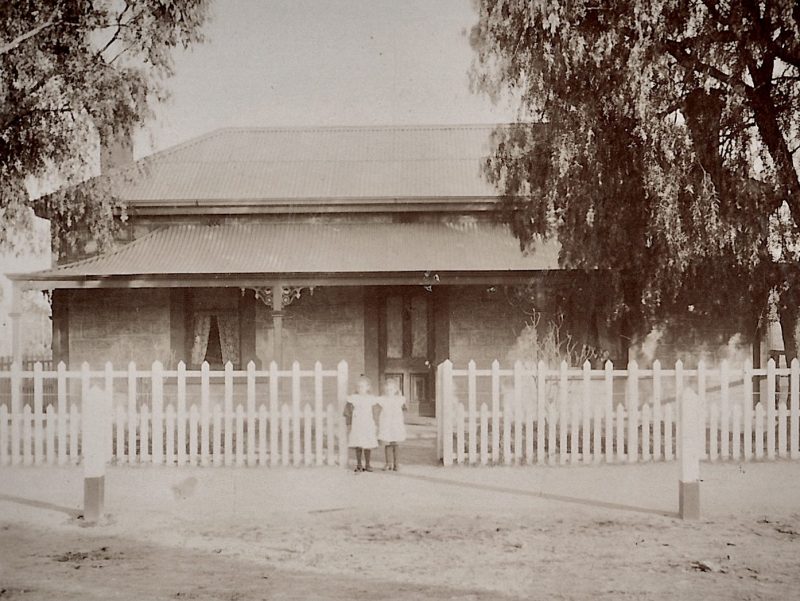 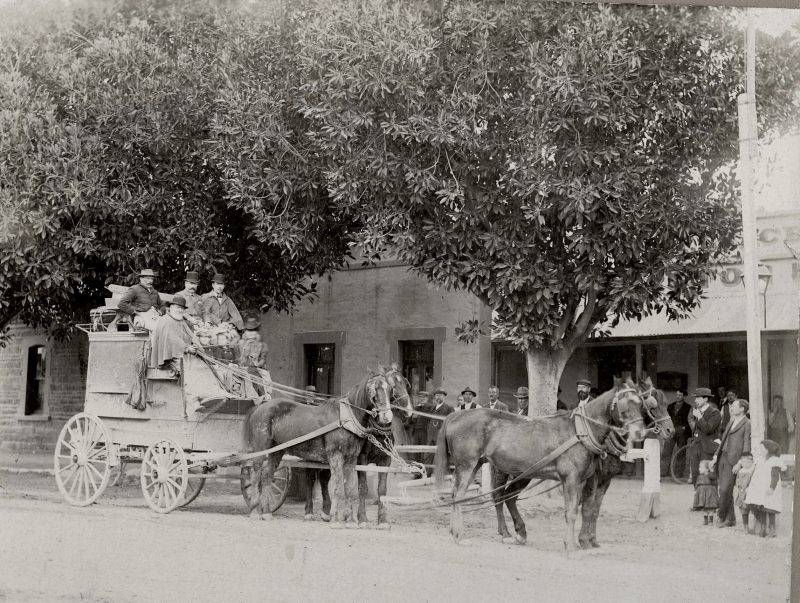 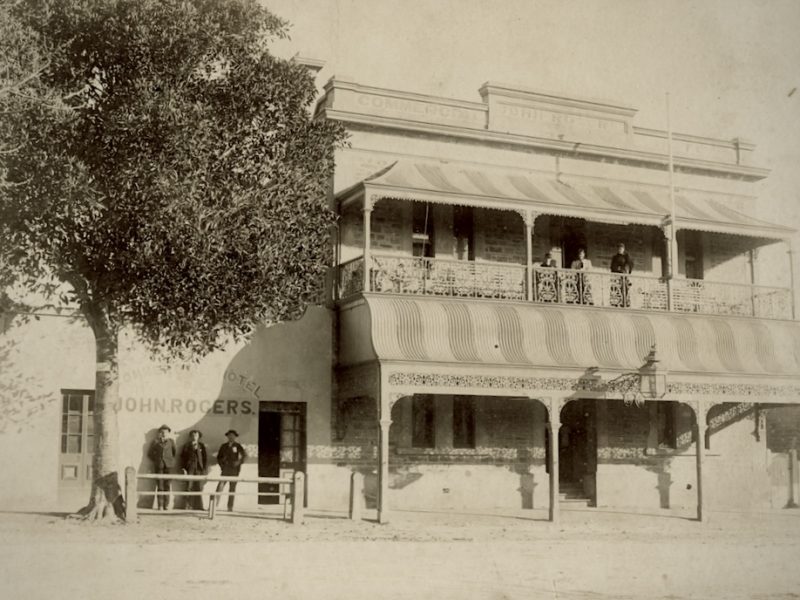 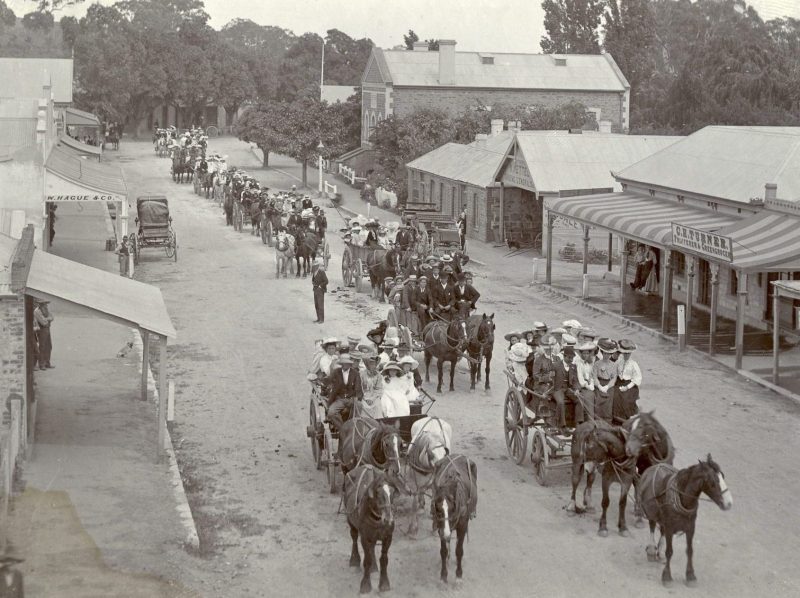 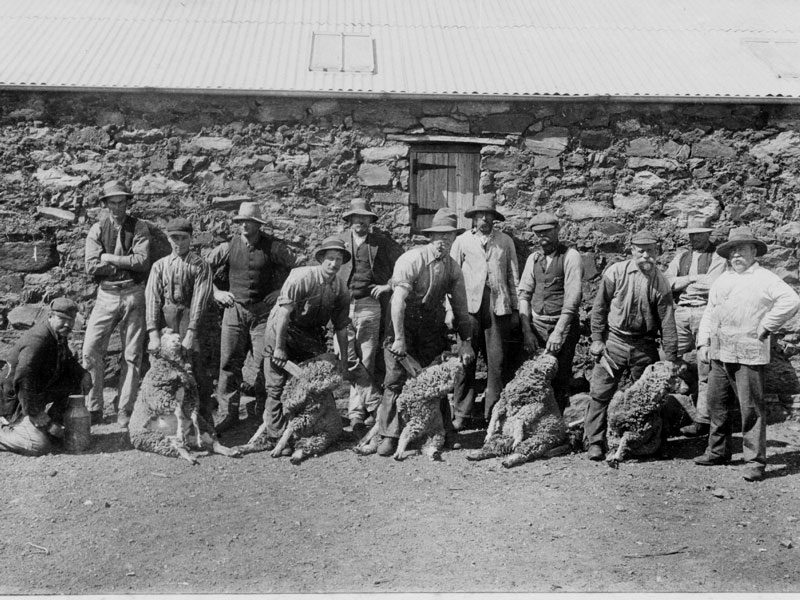 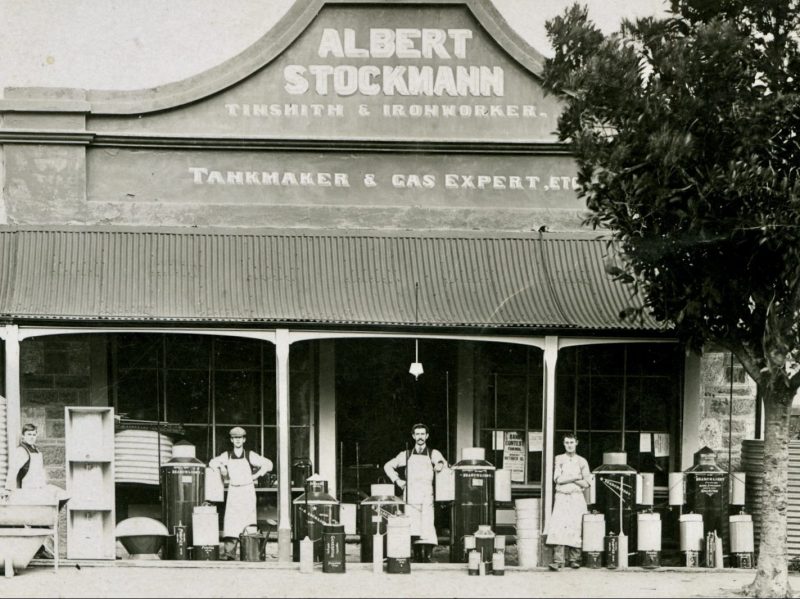 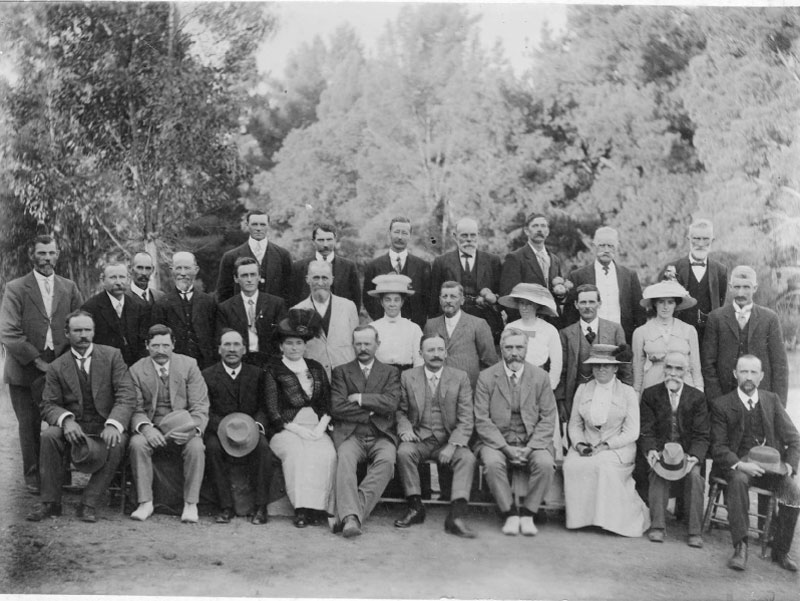 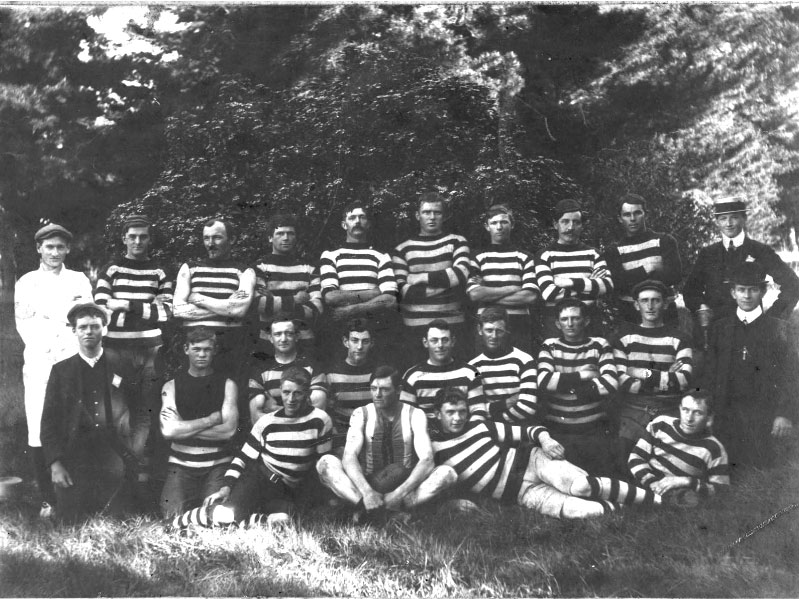 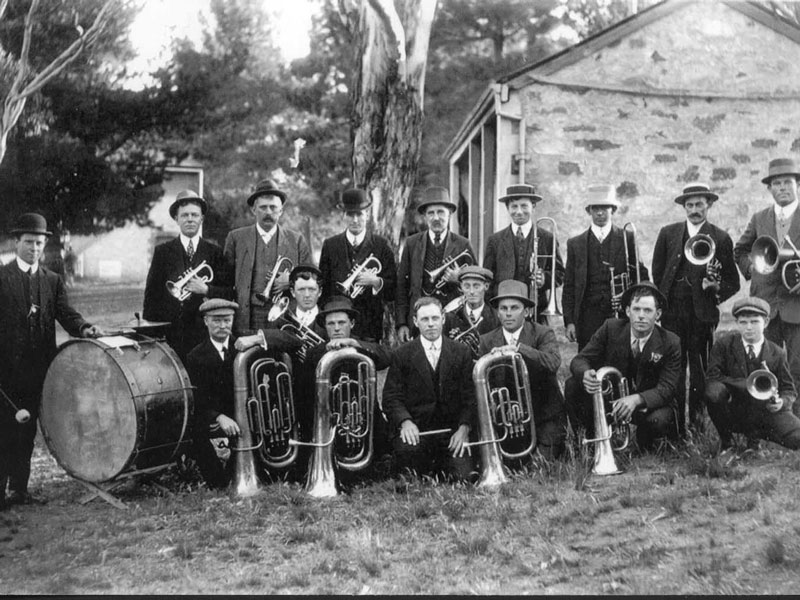 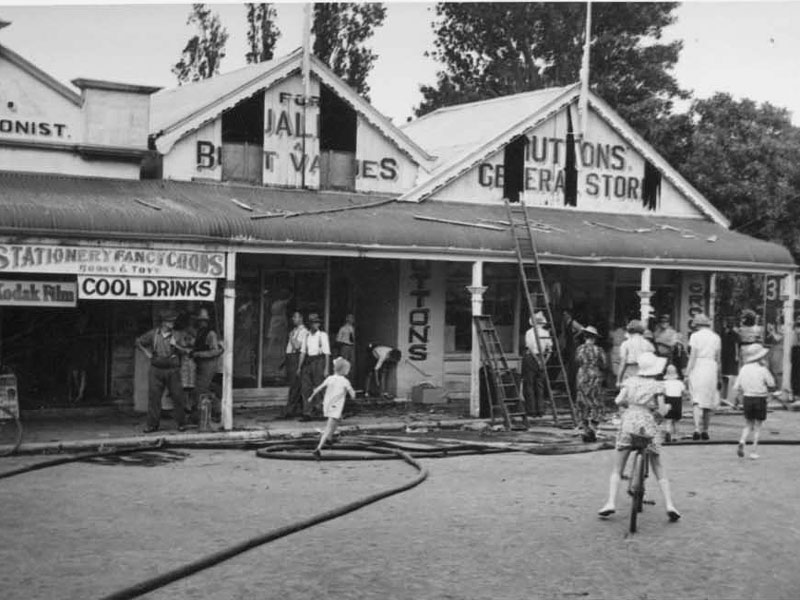 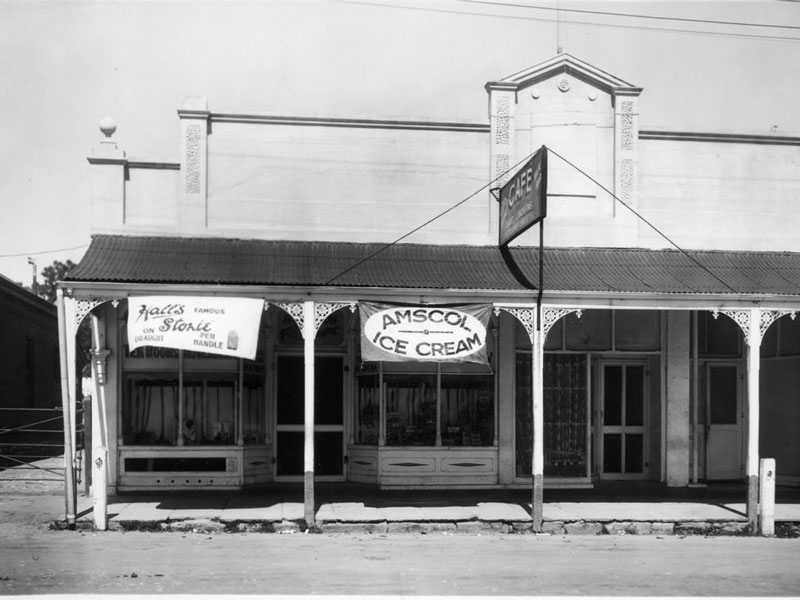